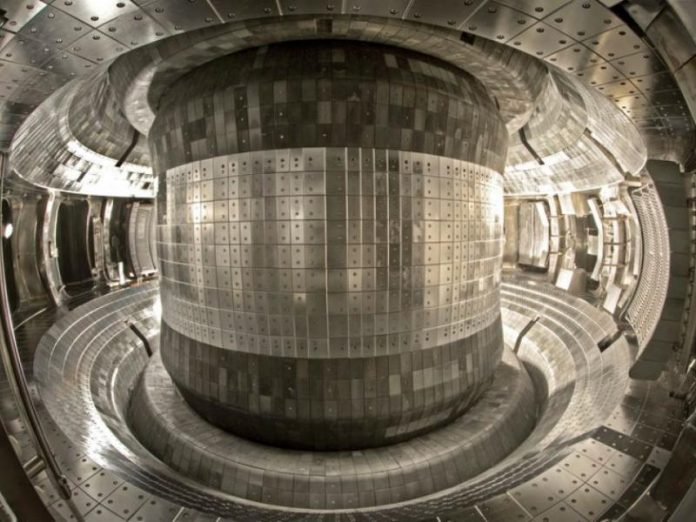 After the successful innovation of artificial moon, Chinese researchers have stepped to a new era of technology by creating “artificial sun” that was designed to replicate the process our natural sun uses to produce energy.

The most surprising thing about this artificial sun is it is six times hotter than the original one.

Since the sun has been created for nuclear fusion experiment, China is not going to launch it in the sky like its artificial moon.

The Institute of Plasma Physics, affiliated with the Chinese Academy of Sciences, informed the testing of an “artificial sun,” known as the Experimental Advanced Superconducting Tokamak (EAST) is going on. The sci-fi-sounding contraption has been created to duplicate the way in which the star at the center of our solar system produces its enormous energy.

This artificial sun will be kept as a machine in a shape of Donut.

To launch this artificial sun for a single day, it will take an expenditure of 2 million. Currently, the artificial sun machine has been placed at Science Island in Eastern China’s Anhui Province.

One by one China has been developing incredible things through technology. Recently, Xinhua – a state news agency of China has introduced the world’s first AI news anchor in its newsroom.    Since they might not be real; the agency says that the anchor can read text mimic facial expression and impersonate mannerism as realistically as human. So much so they could threaten the job of presenter they are modeled of literally.

The robot anchor made their debut in both English and Chinese script. The agency created their AI presenter with tech firm Sogou, using facial recognition, facial modeling and speech synthesis software.

China is considered the leaders in the AI industry, having already produced advance surveillance equipment and self-driving cars.

After looking at the AI news anchor, artificial moon and sun innovated by China, it proves that the world of technology has steeped to the next level. If the progress of technology goes at the same pace, then we can expect to see lots of incredible technology stuff in the future.